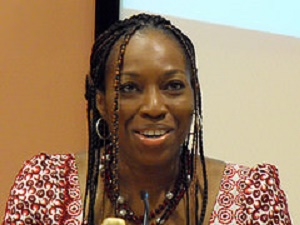 David Daleiden echoed Ms. Ekeocha’s observations that abortion has turned our own children into commodities; he noted that what his videos prove is that while pro-abortionists deny the humanity of the fetus at the time of abortion, they immediately turn around and assert the humanity of the fetus when it is time to sell their body parts: “The videos raise the biggest question that Planned Parenthood and their allies cannot answer. That is how on the one hand in our country the humanity of the baby fetus is not considered to be equal enough to our own in order to be totally protected by law, but at the same time it is precisely their equal and identical humanity to our own that makes them so valuable for sale.”

Emmanuel began by saying, in English “We are here in defense of life. We have to do it. We all have to do it,” and then spoke in Spanish to the Walk’s large and ever-growing Hispanic contingent. Emmanuel’s fame in the Spanish-speaking world can scarcely be overstated. The cheers accompanying his appearance were thunderous. Ed Hopfner, of the Archdiocese of San Francisco, said that following the rally the crowd swarmed Emmanuel, and that he and other security had difficulty in getting him back to his car.

As the Walk headed down Market Street, the lead was taken by youth. The front ranks were filled with members of Catholic High Schools from San Francisco and surrounding dioceses. College students were numerous as well: Thomas Aquinas College sent their largest-ever contingent: 220 students. They were joined by Arizona State Students for Life, students from Denver’s Jesuit Regis University, students from the Newman Center of Oregon, and others.

There were also between 100-150 protestors from Stop Patriarchy, a group affiliated with the Revolutionary Communist Party, waiting for the Walk at the corner of Powell and Market Street. But they were outnumbered by about 400 to one.