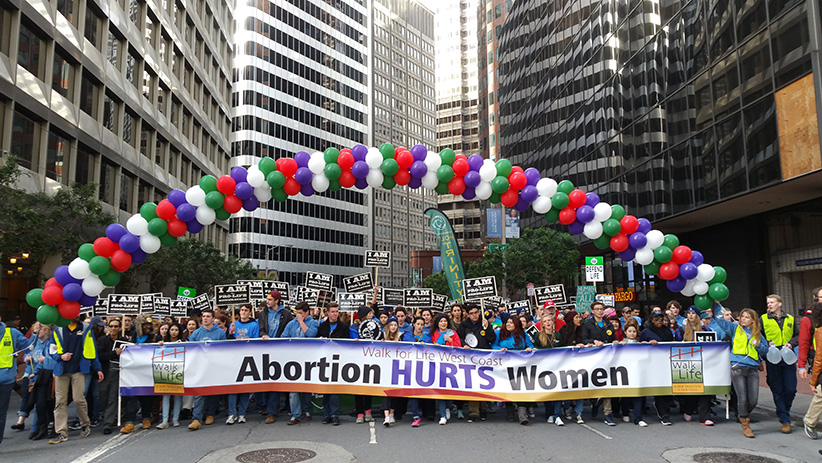 The 13th annual Walk for Life West Coast will be held Saturday, Jan. 21, in San Francisco, kicking off with a 12:30 p.m. rally in the city’s Civic Center Plaza. The walk is a West Coast alternative to the March for Life in Washington, D.C., both of which roughly coincide with the 44th anniversary of the U.S. Supreme Court’s Roe v. Wade decision that struck down the nation’s abortion laws. The goal of the Walk for Life West Coast is to “stand for life. To reach out to women harmed by abortion. To inform society of the damage done to women by abortion.”

Organizers are hoping for a strong turnout despite the likelihood of rain and the expectancy of a large number of people protesting the inauguration of President Donald Trump. During the first walk 7,500 came; last year, more than 50,000 took part.

Eva Muntean co-founded the event after seeing the need for a “sister” event to the Washington, D.C., walk. “We’ve seen reports that abortion rates are at historic lows,” she said. “We want to keep the momentum going. We’re hopeful that we’re making a difference in our nation’s policies.”