The Wanderer’s Dexter Duggan was at the Students for Life of America West Coast Conference on January 28, the day after the Walk for Life West Coast: 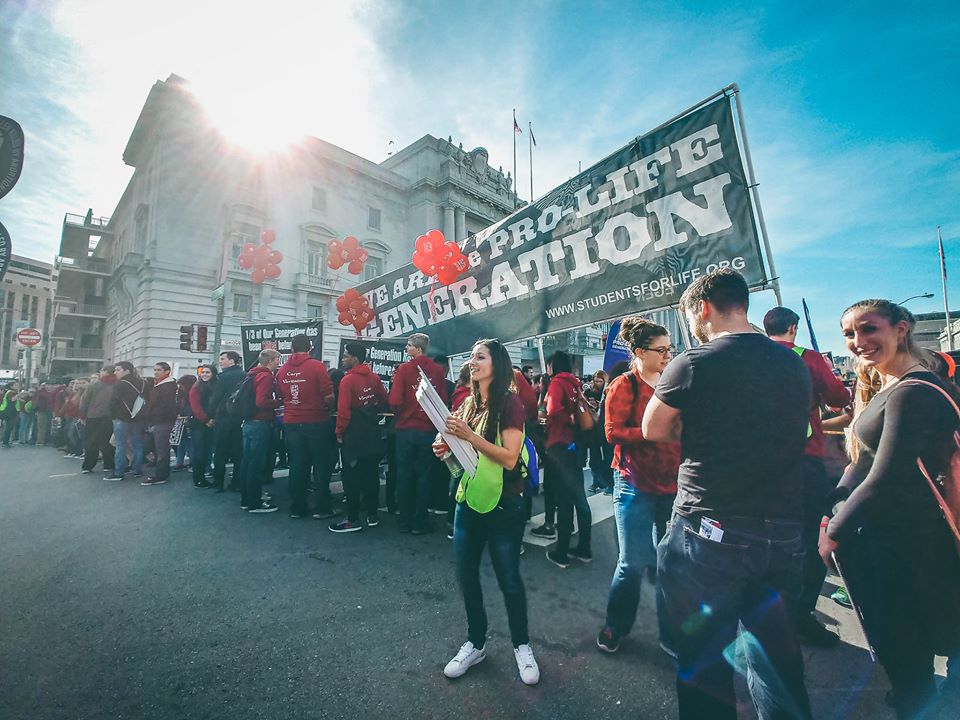 Shortly after pro-life students convened here for talks about pro-life momentum in society, pop singer Joy Villa appeared on the red carpet for the Grammys music awards in New York wearing a white gown with a large colorful painting of her own preborn daughter as a sonogram image on her flowing skirt.
The two January 28 occurrences were coincidental but synergistic.

Students for Life of America (SFLA) holds East and West Coast conferences each January just after the major pro-life marches on those coasts, in Washington, D.C., and San Francisco. This year’s theme was “Momentum 2018.”

As the conference here began, SFLA President Kristan Hawkins said that even in San Francisco, where Planned Parenthood is building a new “mega-abortion” center, “We have the momentum. We’re winning. Change is coming to America….

“You have to be relentless, you have to be unceasing. . . . You have to have an attitude, stubborn,” in this effort, Hawkins said…. Hawkins told the California gathering, “All of (Planned Parenthood’s) services are down” except for abortion, which is up…. PP bragged “that they trained 700 students last year….We trained 11,000 students last year….I was embarrassed for Planned Parenthood,” Hawkins said….

National pro-life activist Rev. Patrick Mahoney was also at the conference, and had nice words about the Walk: “(he) told the conference this was the first time he’d come west for the San Francisco walk, featuring “tens of thousands of young people” marching through a liberal citadel.

Although he loves the March for Life in the nation’s capital, he said, “I love the diversity out here,” with numbers of Asian, black, and Hispanic pro-lifers marching through downtown San Francisco.”